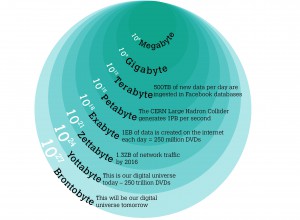 Almost every day we hear about the lights going out in the next few winters; what’s actually going on with electricity? There is little doubt that over the next five years scenarios prepared by National Grid indicate that the headroom between supply and demand will fall from around 15% to as little as 3 to 5% at periods of peak demand. Much of this loss is as a result of several European directives limiting the number of hours that old polluting power stations are allowed to run and alternatives not coming on stream fast enough. The loss-of-load-expectation (LOLE), a reliability standard set by Government, may be exceeded over next few years meaning there is a decreasing security of supply however initiatives are in place to ensure it meets the 3-hour reliability standard by 2018/19. Before then, while the shortfall is of concern, system operators have some control over the network by for example, reducing electricity exports or selectively disconnecting industrial users, so there may be little or no significant impact on domestic consumers.
However these short-term issues are just part of a bigger picture for electricity. By 2050 UK carbon emissions will be reduced by 80% over that of 1990 levels and a key part of achieving this is the decarbonisation of the electricity grid. By 2035 the carbon emissions from electricity is expected to fall from approximately 400gCO2/kWh of today to approximately 50gCO2/kWh (National Grid, Gone Green scenario). Much of this will be achieved through £110bn of investment in new nuclear and renewable generation but due to the lower availability of renewable technologies the generation capacity will require a near doubling over that of today.
The impact of these changes mean the large relatively flexible fossil fuel generation plants of the past will be increasingly replaced by less flexible and more intermittent low carbon sources. This makes balancing the supply with an already highly variable demand on a minutely, hourly or daily basis much more difficult than in the past. This is especially true if the carbon reduction potential of renewable and other technologies, whether part of the national supply or fitted to individual homes, is to be maximised.
Very soon every home will have a smart meter which is one of the first indications for many domestic consumers that the future of electricity is changing. Smart meters are not particularly smart by any measure of computing power found in many homes today but they bring a number of capabilities. The practical benefits are easy to see such as remote meter reading, eliminating estimated billing and making switching between suppliers easier however the smart meter will also change the way most people view electricity by linking consumption to time of day and tariff structure. The simple fact of a varying tariff, possibly half-hourly as with many industrial consumers, will have an impact on how much and when electricity is used by every domestic consumer up and down the country. It will also pervade many household decisions ranging from when to use electricity, what appliances and devices to purchase, whether to install local generation and storage, what energy management system to use and whether the domestic electricity installation itself is capable of meeting the new demands placed on it.
Decarbonising the electricity grid means a lower carbon more energy secure future. If it can be achieved, and energy efficiency targets are met, much of domestic heating and transport can also be decarbonised. The question is what impact do these changes have on the domestic electricity installation, what role will the smart agenda play and how will a more variable and low carbon electricity future be harmonised with lifestyle need?
If you would like to know more please download the full report for free from Designing Buildings Wiki. http://www.designingbuildings.co.uk/wiki/The_Future_of_Electricity_in_Domestic_Buildings