You can read the details to the planned changes and feedback to the consultation here; http://homequalitymark.com/hqmonesummary

The ratings from HQM need to do two key things:

We are also aware the others may wish to use the rating system, namely planners, the financial sector and clients (both public and private).

The system also needs to harmonize with other ratings or at least, not cause confusion where applicable.

Feedback from the Beta star rating system was that developers (particularly marketing departments) did not feel that 1 or 2 stars would be seen as a positive by consumers.  While I certainly would be happy to eat at a Michelin 1 star restaurant, the way that Michelin rating system works is quite different to other star rating systems, namely that it is only out of three.

Do we have to use stars?  Interestingly during the time of the discussions around star ratings, Netflix decided to drop their star rating system.  It was a user rated system and apparently led to strange outcomes.  They replaced it with a simple thumbs up or thumbs down.  If Netflix could drop stars, we probably could as well.

Netflix’s rating is designed to make the system learn so it can recommend particular programmes to you (to suit your tastes) a simple Yes / No (thumbs up, thumbs down) works for this.   BREEAM schemes (including Code and EcoHomes) have always had different levels of ratings, rather than Yes / No, and it is a feature that has always been liked as it allows most developments to get some sort of rating. There are other schemes such as Passivhaus which work on a Yes / No basis, which certainly sets the bar, but isn’t right for Home Quality Mark as we believe that lots of small changes can have an overall big impact.

BREEAM does have stars on the certificates, but the primary rating is words; Pass, Good, Very Good, Excellent and Outstanding.   This is broadly understood by industry and increasingly, the investment sector. It is also a similar system that is used by Ofsted for Schools, so has some public understanding.

The proposals in the HQM ONE consultation include the words that BREEAM uses, but includes stars in a slightly different way.  HQM is a consumer-focused scheme, with a clear aim to improve information for consumers.  Symbols, as well as words, play a key role in communication and learning. We are able to learn from mental images and verbal associations (this is often referred to as Dual-Coding theory, Paivio 1971)

Other non-star systems include precious metals, interestingly some developers thought that Bronze may not be seen as a positive rating, which could have reduced the useable ratings to just Silver and Gold which doesn’t seem to be enough levels.  Platinum could be added, but that may create confusion with consumers on which is the highest rating; when it comes to Wedding Anniversaries, in some countries/cultures Gold is higher than Platinum and vice versa in others; https://en.wikipedia.org/wiki/Wedding_anniversary   At this stage we didn’t think it would add any more clarity over stars but we welcome views in the consultation.

Letters such as A, B, C or D is another option, but this is already used for Energy Performance Certificates so would be confusing. 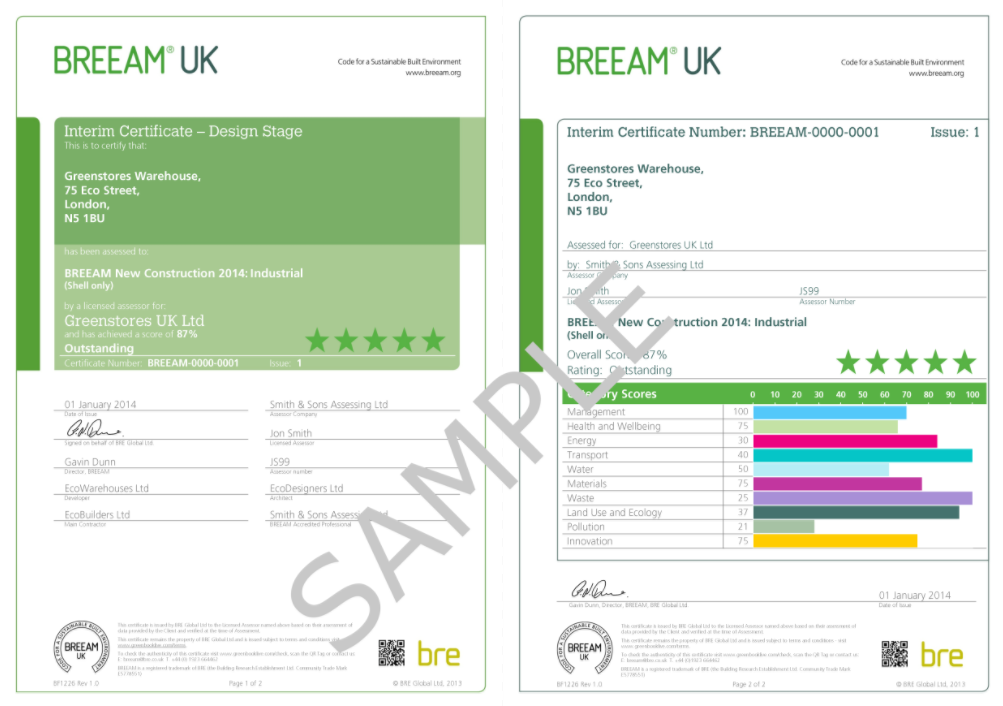 The 5 Stars system is used to rate all sorts of consumer goods.  Hotels have had a long history of being rated by stars.  In the UK the AA is now the only independent expert awarder of stars for hotels.  The basics (there are also other awards and colours) of the system is below;

Increasingly stars are also used to rate all sorts of things, from your local supermarket to best seller books and to holidays. I’m always slightly amazed how many people wish to review their local supermarket… 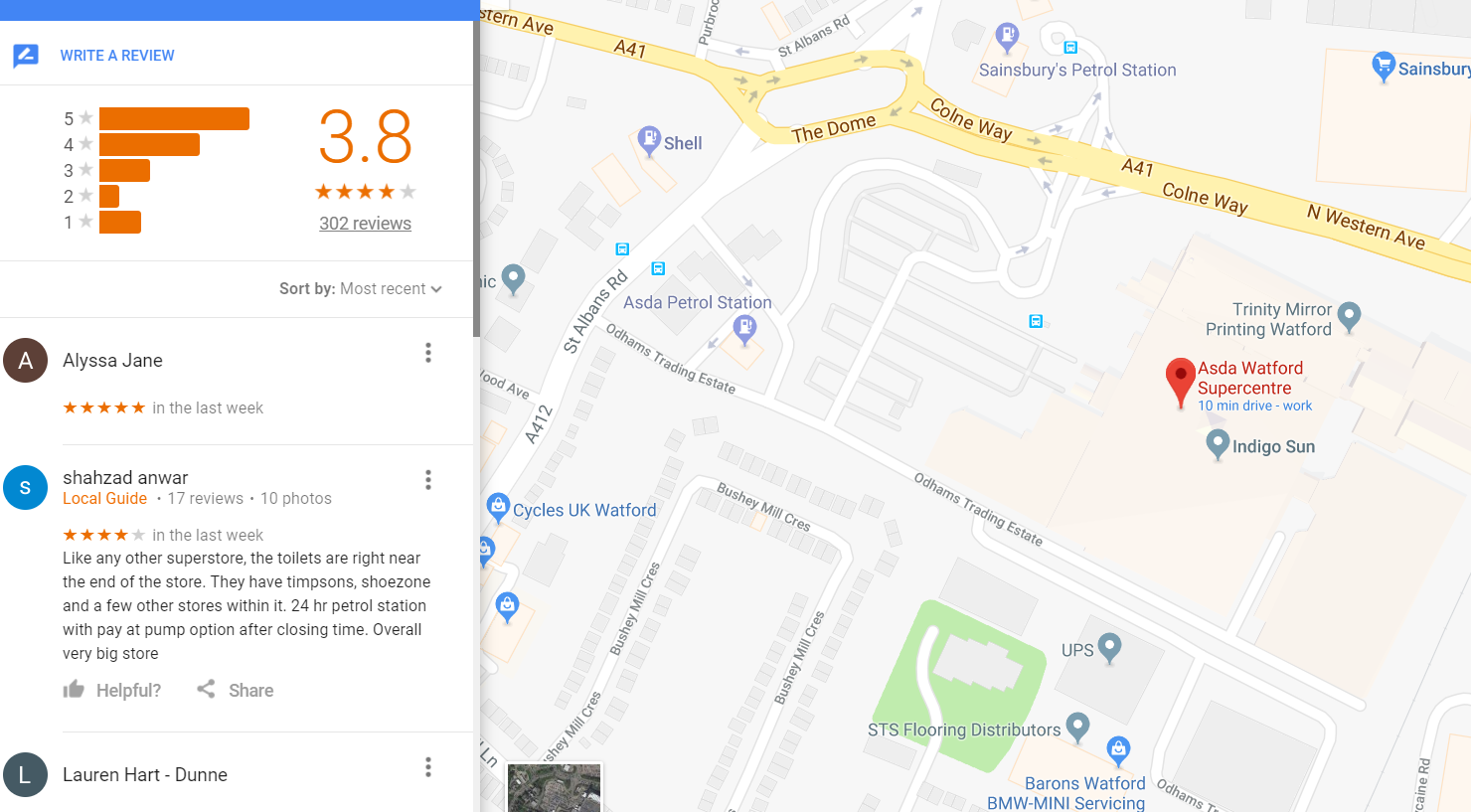 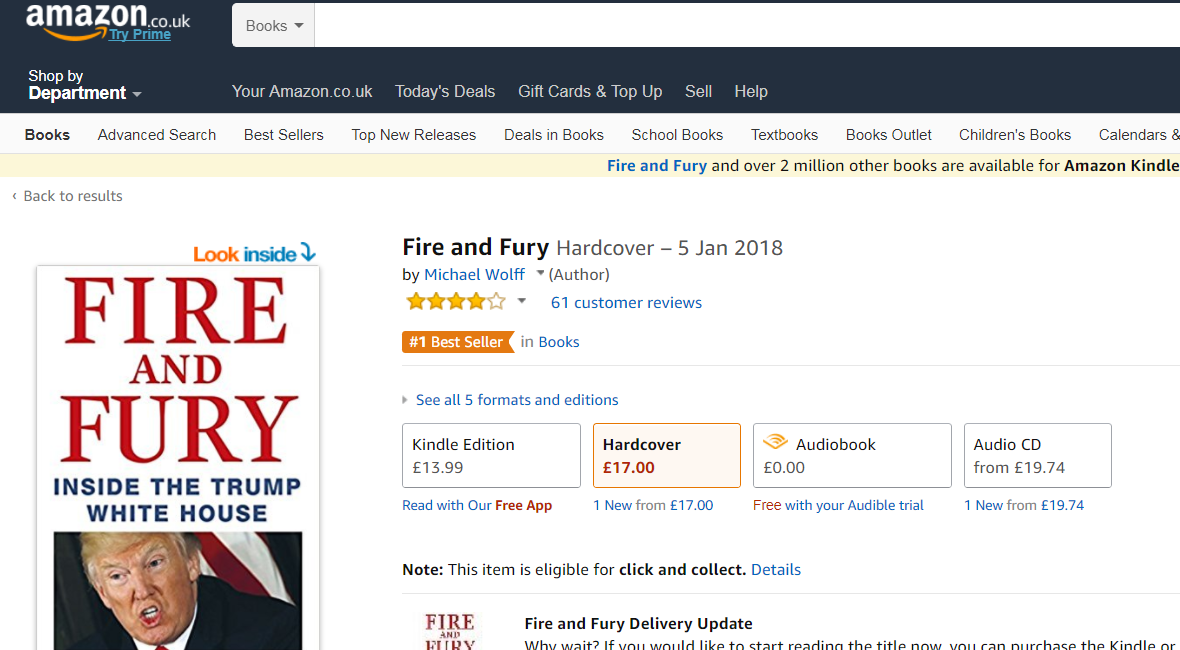 Cars are also often rated by numerous websites / magazines.  Increasingly half stars are being used as part of this rating.  Most car ratings are by the reviewers (experts) but increasingly there is a user rating element alongside.  This user rating is something that could be introduced into HQM in the future. 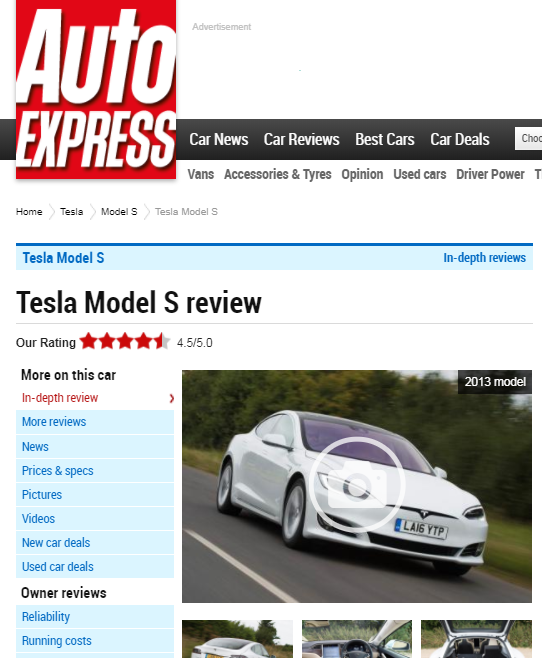 The proposal in the HQM consultation is to continue with the star rating, but realign the rating so it starts at 3 stars for new homes in the UK (if HQM is used for existing homes or internationally the full range of stars could be used).  This means that rating is always positive. There will also be half stars included.

The Indicators, (Running Costs, Health and Wellbeing and Environmental Footprint) have also evolved as they now have backstops to make them more meaningful and useful.

We have produced a number of “illustrative examples” of what this all means in this article here shortly.

More details in the http://homequalitymark.com/HQMONEconsultation 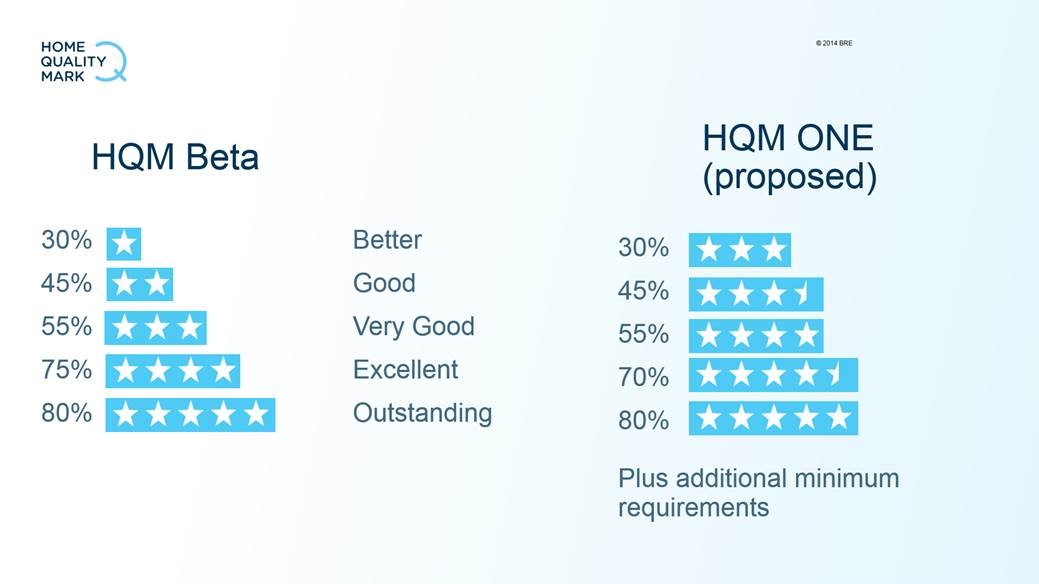