nised by the Green Organisation, an international, independent, non-profit, non-political, non-activist environment group, dedicated to recognising, rewarding and promoting environmental best practices around the world. Rose Pourmatin of BRE recounts her experiences of the day.

It is a beautiful sunny day and the event is suitably held at The Crystal on Royal Victoria Dock in east London. The Crystal, a sustainable cities initiative by Siemens, is home to the world’s largest exhibition on the future of cities. The building is considered as one of the world’s most sustainable buildings and events venues, underlined by its BREEAM Outstanding rating. The Crystal has views of the River Thames and Emirates Air Line cable cars, and sustainable surroundings and public landscapes of that are designed to help encourage a shift in the social ideology of sustainability and allow people to participate in social activities within the site. Ironically, the awards event was held in the only window-less room at the venue!

The International Green Apple Environment Awards were launched in 1994, and are one of the few schemes with RSA accreditation as an official feeder scheme into the Brussels-led European Business Awards for the Environment. Our Home Quality Mark (HQM) received the highest award and the team were recognised as ‘Green Champions’, the ultimate accolade at this year’s awards. The ‘Green Champions’ recognition was in association with our partners Saint Gobain, who have been supporting the development of HQM.

This award was initially aimed only at local authorities to encourage sustainable development, improve environmental performance and the efficient use of resources. However the organisers were soon asked to expand their criteria to reach companies and organisations of all size and sector who have made a positive impact on the built environment. The scope of the award currently includes Best Practice by Companies, Councils, communities and Organisations in all sectors on an international level as well as Governments.

One of the key reasons why the Home Quality Mark won the award was because of the collaboration with many other organisations in its development.  These include Accord Group, AES Southern , Cala Homes , Construction Products Association, Ecological Building Society, Element Sustainability, Galliford Try, Gentoo , HAB Housing, Hodkinson Consultants, HTA, Kier, Kingspan, Lend Lease, Linden Homes, Peabody, Saint Gobain, Sustainable Homes, Wienerberger and Zed Factory. We are very grateful to all these organisations for the continuing support. 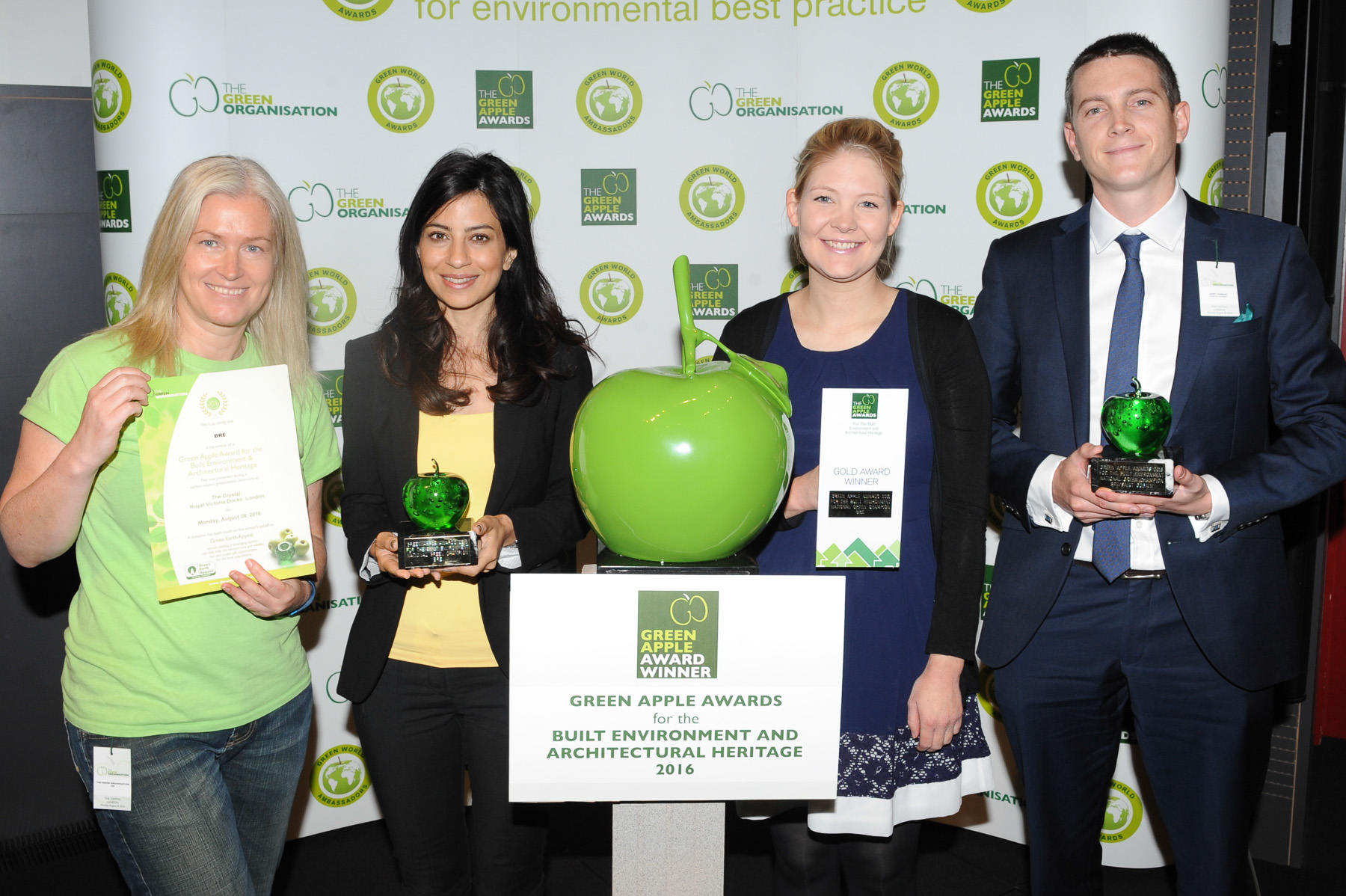 Winners attended the awards ceremony from the UK, Europe, Korea, Malaysia, the UAE, and Americas and were presented with trophies and certificates for The Built Environment Award, the Environmental Best Practice Award and the Green World Award. The awards were organised in such a way that would recognise and reward all sectors, services, stakeholders and even governing bodies and individuals for their sustainability and environmental efforts. The winners of the Green World Award category are received in the House of Commons every November.

All in all the Green Award ceremony was organised with aims beyond just presenting awards, but also to provide an opportunity for the delegates to network, meet like-minded people and learn from our peers.

For information on the Green Apple Awards go to http://www.thegreenorganisation.info/winners-2016-beah/

Book & attend the BRE Fire Research Conference 13 Feb & not only will you discover the influence of BRE’s fire research activities through a programme of exceptional speakers, but you'll earn 3.5 hours of @ifeglobal CPD points too! More info> https://bit.ly/2k9OBSt #BREfireconf

Join our webinar next week to discover how mobile technology can help you to manage #safety and #SHEQ onsite. Register today > https://register.gotowebinar.com/register/6928284853967555341 #GoPaperlessIn2020 #YellowJacket